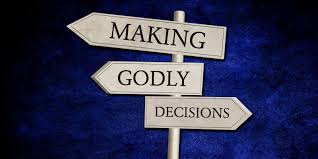 The apostles and the elders met together to consider this matter. (Acts 15:6)

There has always been a need to figure out difficult things, debate different ideas and make important decisions. Because people do not live only as individuals, doing what we want, we have to figure out how to connect, live and work together. While it would seemingly be wonderful to simply adopt a libertarian attitude toward life – doing what we want – the nature of God and the gospel means we have clear responsibilities toward each other. We don’t live in a vacuum. We live in community.

The early church discovered that this truth pertained to them pretty early. As the excitement of the gospel brought new people into the church, the desire to contain and control was still real. While the Spirit was offering new life, we are both saint and sinner at the same time. We are called and shaped by Jesus and declared righteous by God. We are easily self absorbed and selfish and still fully human and in need of grace. This tension is the tension in which we live.

The tension that caused the meeting mentioned in the verse above was related to how new people became part of God’s church. The early church was Jewish at its core. The people were Jews who believed that Jesus was the Messiah. Not all Jews believed this, of course. But the new Christians thought of themselves as a movement within Judaism. To join the church was to be a Jew and to confess Jesus as Lord.

But things had happened where people had come to faith in Jesus who weren’t Jewish. Peter had baptized a bunch of them by now and these new Christians seemed to be as excited and authentic in their faith as the ones who had been Jewish. Could you be Christian without being Jewish? The leaders came together, listened to the stories people shared, listened to how Peter had experienced God at work in his ministry, and reflected on what to do. In the end, they decided that faith in Jesus was what was needed to be part of Christ’s church. That was it – faith in Jesus.

In a changing world the church is always called to stay alert to the movement of God. Just as God had led the church to reach new people in new ways during the first century, God continues to call the church to be open to changing in ways to include new people in new ways within the life of the church today. This is not easy. Many of our instincts call us to put up barriers and retain control in ways that get in the way of what God is up to. But we are called to join in with what God is up to, always open to God’s ever widening circle of grace.

We live in a world that is increasingly diverse. In our schools families speak dozens of languages and come from nations all around the globe. In our neighborhood, people from a multitude of racial and ethnic backgrounds are now our neighbors. And each of these people are both people whom God made and loves and our neighbors. To do God’s work, we will have to be as open to change as the first disciples. But as we are, we will see amazing things happen and discover the miracle of God’s ever widening circle of grace.