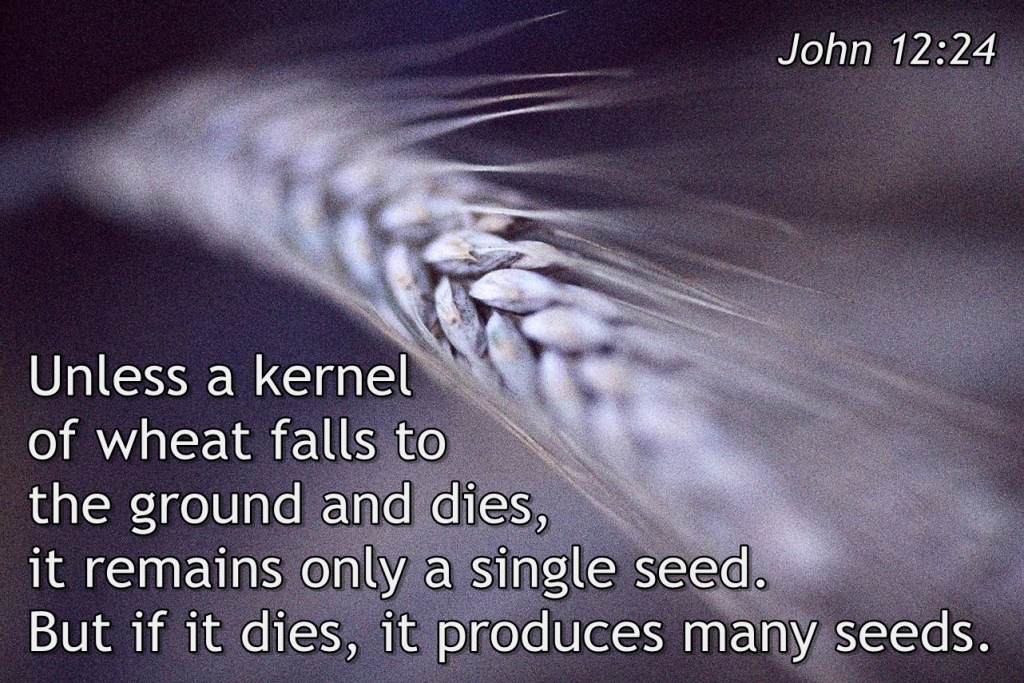 Jesus said, “Very truly, I tell you, unless a grain of wheat falls into the earth and dies, it remains just a single grain; but if it dies, it bears much fruit.” (John 12:24)

Life is fragile. As this post is being written, as a pastor this week I have been included in the pre-release viewing of a shooting during an arrest where a local police officer killed someone. There is pain, confusion, anger and a host of emotions from a wide range of people. Everyone wonders if it could have turned out differently. No matter what is determined, it cannot turn out differently now. And by the time many of you read this post, the video will be released to the media and a wide variety of reactions will be happening.

At the same time, two people lie in Critical Care units with serious health concerns. Both have had surgery that doctors say was needed just to keep them alive. Both have health issues that were not solved by the surgery and more time will be spent closer to the line between life and death than we would hope. No one knows how they will turn out.

The line between life and death is a troubling one for many of us. In fact, for some it is a terrifying line.

We don’t know what Jesus was feeling when he said the verse above about dying and bearing fruit. But we do know that he understood that as he spoke, he was standing closer to the line between life and death than at any other time in his ministry. He knew death was closing in.

Shortly after saying this profound word about death and bearing fruit, Jesus gathered with his disciples in their final night together and taught them as much as he could pack in to one night’s lessons. Foot washing, the primacy of love, his promise to prepare a place for them in the place where he is going, the promise of the Holy Spirit, the vine and the branches, the resistance and hatred they would face – all of these topics were covered in just one night! Then he went out and prayed that through all they would face, his followers would stay united

So, while we don’t know what he was feeling, we do know that he knew his time was short and that Judas was committed to having him arrested that night.

As we enter Holy Week, we are reminded that the line between the death and life of Jesus is what this week is all about. It will remind us all that we will eventually cross that same line. Death will one day take us all.