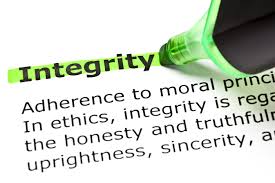 And Joseph’s master took him and put him into the prison, the place where the king’s prisoners were confined; he remained there in prison.  (Genesis 39:20)

Joseph is a talented guy. But he has a way of getting in trouble in ways that result in major problems. He makes his brothers jealous and angry and they stick him in a hole in the ground, convince his dad that he’s dead, and then he winds up being sold into slavery. In Egypt as a slave, he uses his talent to become a trusted advisor and manager to Potiphar – a key leader in the land. But Potiphar’s wife wants to have an affair with him and when he refuses, she lies about it and has him thrown into prison. In this case, doing the right thing comes with a price. All he had to do to stay out of jail was sleep with his master’s wife! But in doing the right thing, she is angry and he ends up paying a price.

This may sound familiar. Perhaps you have had times in your life when you have been faced with a dilemma. It is tempting and there may be pressure from family, your boss, or someone else who wants yo to do something that you know is not right. The payback would be nice though – more status, more money, more of something as a result. All you have to do is ignore what is right and do what someone wants you to do anyway. And then you have to decide, “Who am I in my core and can I bring myself to so this thing that I know is wrong?” It may be easier and the payback might be higher to just do the wrong thing. What stops you.

Jesus understands this. When he came into the world, he came to people who had been waiting for the Messiah to show up. But when he came, they wanted him to be a different kind of Messiah and to do things he didn’t want to be involved in. He often said “no” to their requests and stayed true to who he was. But the result was a number of people who were irritated by Jesus. Sick of his ideas, the crowds wanted him crucified. Doing the right thing for Jesus resulted in crucifixion. It is not always easy to be true to who you are and the purposes for which God has made and called you!

Your life is filled with choices. Some of them can be difficult and the world may even encourage you to do something you think will disappoint or anger God. But scripture encourages us to stay true to being the people God made us to be. It may not be easy and it may not pay off, at least in a way the world will honor. But you will be standing in line with Joseph and Jesus and many who have gone before us who chose to do the right thing in spite of the costs.