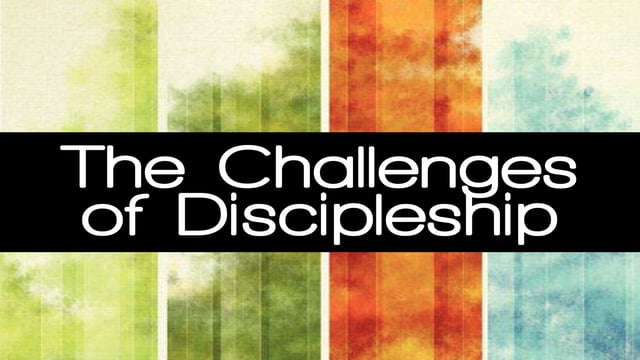 There is a view in our society that if we just believe the right things and think the right thoughts, that everything will work out OK. I see promises of this “name it claim it” theology in books by people like Joel Osteen and whenever I take a few minutes to channel surf much “Christian” TV. I once visited a church where a guest preacher basically said that if you had a strong faith you wouldn’t need a doctor or end up in the hospital. There is a lie out there that says, “If you are a Christian then you will have less problems and more success.” I repeat. It is a lie.

Mark 6 tells us that we should not assume that following Jesus or being his ally will somehow make life easier. The chapter starts with three different episodes. In all three of these stories people experience some sort of rejection, hardship and even death as a result of their work.

In the first, Jesus goes to Nazareth (the town he grew up in!) and the people assume they know him well enough to know what to expect. When he makes claims that he can do more, they don’t believe and take offense at him. His ability to work is hindered by their lack of faith in him.

In the second, Jesus sends out his disciples to try their hand at continuing his work. Part of his instruction includes what to do when people reject you. In other words, he prepares them for hard times and rejection.

The third story tells of the death of John the Baptist. Called to prepare the way for Jesus, John has been arrested and is sentenced to death by beheading because King Herod is tricked by strong drink and an inflated ego into killing John to fulfill a promise he shouldn’t have made.

I often encounter people whose faith in God, their impression of Jesus, and their interest in the church is turned off because they are experiencing hardship. As a result of things not working out the way they want, the feel some compulsion to distance themselves from God. In some way, probably almost all of us have some instinctive belief or hope that aligning with God will bring us good fortune and extra blessings. But here is the truth: following Jesus will not get you brownie points in life. In fact, it may cost you dearly.

Faith is not a ticket to an easier life. Most of the trials and tribulations that life brings are just as likely to happen to people of Christian faith as anyone else. And faithfully following Jesus may put you in spots where things could even get more difficult and costly, not less.