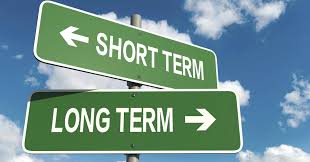 “For the word of the Lord has sounded forth from you not only in Macedonia and Achaia, but in every place your faith in God has become known, so that we have no need to speak about it.” (Thessalonians 1:8)

It is every preacher’s dream. The impact of the message is so great that lives are changed, churches are birthed and people are filled with the Spirit and sharing their faith in all that they do and everywhere they go. And while it may be a positive spin on the story, it appears that the Apostle Paul who wrote the above words, is feeling like that’s what happened in Thessalonica when he preached and began a Christian community there.

It wasn’t easy. It started with Paul, a Jew who believed Jesus was the Messiah, going to the synagogue week after week to argue his case. This isn’t the kind of argument we see in a presidential debate where people simply yell insults at each other. In Greek culture, “arguing” was a technical term for making a case and debating points. There were rules of engagement and it was a key civic activity. And Paul would have been a Jew with one opinion about Jesus making a case to other Jews who had another opinion. Still, it got ugly and charges were filed about these Christians being traitors to the empire and a dangerous lot. After all, if Jesus was Lord then the Caesar (emperor) must not be Lord!

By the time Paul writes the sentence above to the church at Thessalonica, he has moved on and a community of Christians remains behind. They have become effective at witnessing, even in the face of persecution and opposition. Confident of God’s promises, they have continued to live out of the conviction that Christ is risen from the dead and that he would return to complete what he started. In the meantime, faithful people had work to do and they were doing it well.

This is a good reminder to us that we need to think long-term in our work. Had Paul simply sensed some opposition and thrown in the towel, none of this would have happened. But instead, staying true to the course through difficult times laid a foundation on which amazing things happened. The church flourished and people who were probably opposed to the church when Paul was there had now joined the church later and were active participants. As we move forward in ministry together, we must always think about the vision of what might lie ahead if we remain faithful to our calling. In Paul’s case, the work was difficult, but by the time he wrote back to the Thessalonians, he liked the results!