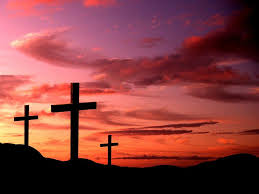 Jesus was clear about who he was and where he got his direction for life and work. As the Messiah, his role was to come and bring life and hope to people and redemption and reconciliation to the world. While there were many other things he could have done along the way, keeping his focus and using his strength to do the hard work of staying the course to the cross was more than enough. The result was a faithfulness that exceeds that we see in our lives. Jesus was able to remember who he was and what he was about – and it was not worldly power or turf that he was concerned with.

This kind of leadership and awareness is unique. The world we live in has Syria in a civil war, Russia having invaded the Crimean region of the Ukraine, North Korea and South Korea at odds with each other for decades, and all sorts more places where we see power used to grab another piece of the world. Jesus will have no part in this. Living out his identity as God in the flesh, Jesus’ work is to usher in a kingdom that transcends the boundaries and things we cling to in our lives. Jesus knows that if he remains faithful to the work he has been given then the world will be set free. But if he gets distracted or fearful and fails to follow through – well then the picture of God we see in Jesus will be damaged forever. The world as it is would get the last word.

The cross of Jesus and the resurrection that follows are about God getting the last word. The work started in creation and moving forward throughout time and space is still unfolding. From our perspective it can seem a bit bumpy and erratic. We can begin to wonder if God is going to remain faithful and if God is up to the task. This week’s reminder is that the road to the kingdom IS BUMPY. The cross is an example of how much struggle there is and how much God will endure to stay true to the vision of the Reign of God. Fulfilling creation is not easy work, even for Jesus.

In the next few weeks our church year will focus attention on the cross of Jesus. We will see him stay the course. In the process he will show himself to worthy of our praise, worship and allegiance. He will also invite us into the hard work of working for God’s kingdom and living out of allegiance to the One who is greater than all things.

So, here is a question for you? “Where is your kingdom and what do you value most in your world?”