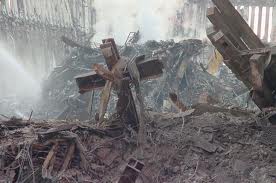 The advisors said, “O King, there are certain Jews whom you have appointed over the affairs of the province of Babylon: Shadrach, Meshach, and Abednego. These pay no heed to you, O king. They do not serve your gods and they do not worship the golden statue that you have set up.” Daniel 3:12

The story of Shadrach, Meshach and Abednego tells of three men who were living in Babylon at the time of the exile. When a decree went out that everyone needed to worship the gods of Babylon and the statue that the king had set up, the three of them refused. They would rather die than have been unfaithful to the God of Israel.

In America, Christians often complain about things not being just the way we want them. Sometimes the complaints are very justified. There is much to work on in our society to make it a better and more just place. But one thing we can be thankful for as Christians. We are free and in the majority and our religion is not persecuted. In fact, most of the wounds of the church are self-inflicted. There may be things to whine about but no one is truly persecuting us.

But there are people in our own country who endure this. Muslims and Jews are routinely threatened and their facilities vandalized at rates way higher than Christian churches. As Christians, we need to both give thanks for the freedoms we have and also be sure to speak up for others when they are persecuted or targeted. It is the right thing to do as followers of Jesus.