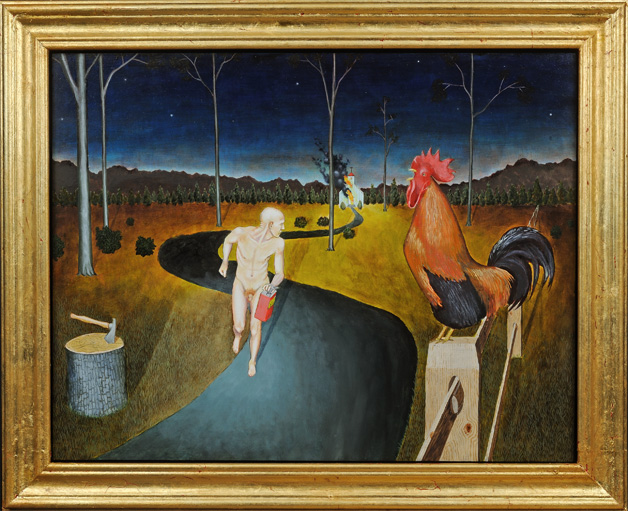 Now Simon Peter was standing and warming himself. They asked him, “You are not also one of his disciples, are you?” He denied it and said, “I am not.” (John 18:25)

The pressure is on now. Jesus has been arrested and the forces that want him dead are closing in tighter and tighter. The levels of anxiety are high. The price to be paid is huge. Soon it appears that Jesus will be dead. His disciples are watching and calculating the costs and the risks and having to function under pressure. Every decision may cost them their lives.

Peter is one of Jesus’ closest companions. He has been with Jesus from the beginning. He has to know that the end is close. Jesus has made it more than clear and it has only been a few hours since they were all up around Jesus sharing dinner, getting their feet washed, and receiving what would be Jesus’ last words of teaching and advice. As shocking as things are, this was not a huge surprise. Jesus saw it coming. He was clear – they all saw it coming too.

But it is one thing to know what’s coming and be semi-prepared for it. It is another thing to actually carry things out well under pressure. As Peter watches from the sidelines, he is recognized. People who have seen Jesus have also seen Peter. They know he is part of Jesus’ team of people. Peter knows it too. But to admit it may mean he ends up right where Jesus is – captured and waiting to be jailed or even killed.

We all want to think we would have done better. The imagination won’t allow us to think we could have done worse. “If only I was there,” is almost an automatic response when we see a crisis and watch someone fail. We have heard it, even this week, when we saw the deputy outside the Parkland school during the shooting. People were shocked that he didn’t go in to confront the shooter. We heard people say, “If I were there, I would have gone in.”

But the truth is, under pressure, we all function differently than we think we might when we are able to watch and reflect from a distance. We often fail. And when we do, we see Jesus. His eyes were focused on his purpose and he knew than faithfulness would lead to crucifixion. It is not our faithfulness than saves us. It is the faithfulness of Jesus.