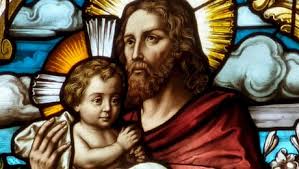 The angel said to Joseph, “She will bear a son, and you are to name him Jesus, for he will save his people from their sins.” Matthew 1:21

Maybe you are more naturally trusting than I am, but I have to think that when Mary told Joseph that she was pregnant, he had to be thinking she had been sleeping around with someone else. The Biblical code in that day meant that someone who had been sleeping with someone else while being already engaged to someone would need to be killed – stoned to death. Joseph, who clearly has a good heart and who is love with Mary, resolves not to have her killed. But still he had to let her go. It is just too big of a leap to believe her story.

But then an angel came to him in a dream and said that her story was true. The child she was carrying was a miraculous one and was sent to save God’s people. Joseph was to play an important but supporting role in that work. It would not be his child. He would have to swallow his pride and not exercise his rights and responsibilities according to the Law. But if he would do what the angel asked him to do, then Jesus would be born and raised by Joseph as his own. The child would grow to be a leader like no other and ultimately the savior of the world.

This is a great reminder to all of us that sometimes God needs us to be important players in God’s work but in a supporting role. While all of the attention went to Jesus, Joseph was an essential part of God’s work and functioned mostly behind the scenes. Even today, many traditions give much more attention to Mary’s role than to Joseph’s. But for something to come together, everything in the story is important.

Don’t forget. Sometimes the little things you do behind the scenes that no one notices still make a huge difference!