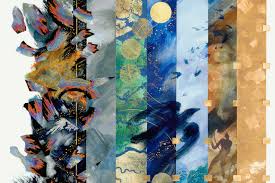 Thus the heavens and the earth were finished, and all their multitude. (Genesis 2:1)

If you just read the above verse in isolation, you could easily assume that creation is a “one and done” project. God started something and brought it to completion. Six long days of work with incredible results. The chaos of the deep had been transformed into the masterpiece that is our world. Now it is time for God to step back and rest in the knowledge that the world is “done.”

But scholars universally agree, that is not at all what the creation story is about. In fact, the creation story is the beginning of a long term commitment and a relationship between the God who made the world and those of us who make it up. The gospel that matches best with this text is John 1 which reminds us that the world was made with involvement from the Son of God – the Word made flesh. That same word was to both be involved in making the world and would continue to be involved in it.

The coming of Jesus shows us that far from being done with the world when the creation story concludes, God is actually just beginning to be involved with creation in an ongoing, life giving and sacrificial way. God brings life. God suffers death in order to restore life. The world is a work in progress and God is intimately involved in continuing to work on the world.

As people of faith, we teach that Jesus is a sign of God’s commitment to our world and a promise of the coming Reign of God. Transforming this world will not be easy work but God is not worried about the stress and pain needed to bring life.

God decided at the beginning to stick it out until the end. Our encounters with Jesus give us the good news that we cling to in the midst of the ups and downs of life: God’s work to create the world at the beginning was just that – the beginning. But God is not done yet and promises to keep working to bring us life and love until the end, when everything will finally be finished and God’s promises will be fulfilled.