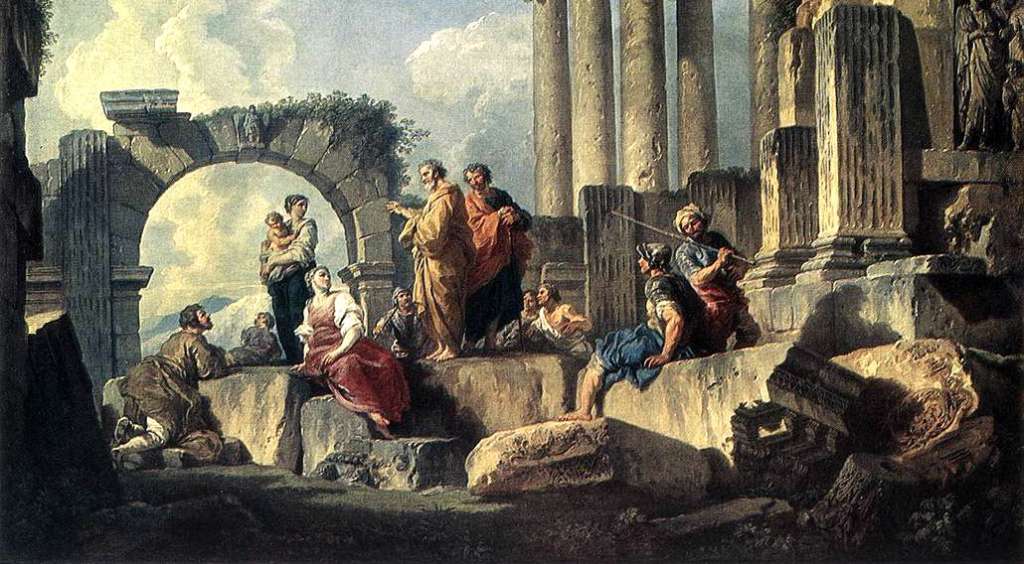 When they heard of the resurrection of the dead, some scoffed; but others said, “We will hear you again about this.” Acts 17:32

We live in a world of increasingly diverse people, religions, and ideas. In fact, the city in which we live is one of the 30 most diverse cities in America. There are people from all corners of the world and people who practice all faiths. They are people of all colors, people of all sexual orientations, people of a multitude of languages.

In America today, it is tempting to hide in a bubble. Social media makes this possible. I can read things from people I agree with and shut out the input from people I don’t. I can easily hang out with people who look, think and act like me. In many corners of our society, that’s what people do. In the process, it is easy to see something on TV or a story on the internet and then overgeneralize about people. “People from this group are…” and then we fill in the blank with stereotypes and generalizations that aren’t accurate.

I am amazed how often I talk to someone who says something negative about some group of people. Sometimes I ask them, “Which person in that group do you know who actually did that?” Almost always the answer is, “I don’t know anyone who did.” But whatever thing is on their mind: immigrants, Muslims, or something else – they have heard somewhere that what they think is true and have no actual experience to back it up. This is how the world slowly falls apart.

In our lesson this week, we see another approach. Plunged into a world of diversity, Paul is an Athens in the midst of people who think all sorts of things. They practice many religions and think thoughts based in many different philosophies. He takes time to listen and observe what they think and teach. He looks at the symbols and monuments they erect in order to see what matters most to them. He finds connections between his faith in Jesus and the things they value or wonder about. And he shares honestly and respectfully.

In the verse above, not everyone is convinced. Some think he’s teaching foolishness. That doesn’t bother him – he’s confident enough in his identity to not be threatened by the different beliefs of others. And some are intrigued. They are willing to listen to more and curious about Paul’s message about Jesus.

There are lessons for us today in this. One, we need to respectfully watch and listen to others and try to understand what they think and believe. Second, we need to maintain dialog with people who are different from us and try to maintain good relationships with them. Third, within a good relationship comes the ability to share what we think and listen to what they think – we can tell others about Jesus. And fourth, not everyone will be swayed by our view of the world in Christ. But some will be curious and open to more.

It is not our job to save the world. God in Christ is doing that. But we can share openly and respectfully what we see God doing and maintain good relationships with the people around us, whether they end up believing what we believe or not.