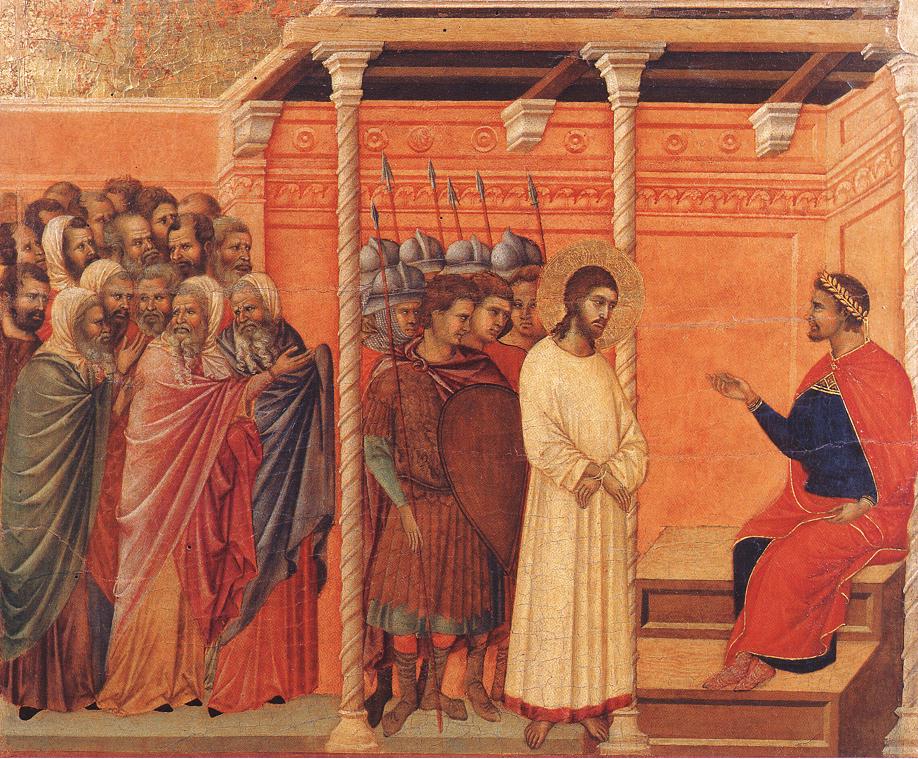 Jesus answered Pilate, “You would have no power over me unless it had been given you from above;” (John 16:11a)

We hear platitudes all the time. People say things like, “God won’t give you more than you can handle.” When someone dies tragically we hear, “Don’t be sad. They are in a better place now.” Or even worse, “God took them early,” as if the tragedy was actually somehow orchestrated by God.

Into this world we then see Jesus go to the cross and see how he interacts with Pontius Pilate. Here, Jesus’ fate is in the hands of an enemy oppressor and the outcome means that Jesus will end up nailed to a cross and suffering a slow and torturous death. Pilate is feeling pretty smug about his position of power. Jesus seems unphased by the whole thing. In fact, when Pilate brags to Jesus and reminds him of how powerful he is and that Jesus’ life is in the balance, Jesus responds with the above verse. “You would have no power over me unless it has been given to you from above;”

What we see here is that whatever power God has, God relinquished power and control to the people of the world. God knows that it is risky. People are not a sure bet. We get things right. We get things wrong. Jesus’ gets people who will follow him – many will bail now that the pressure is on. Jesus finds people who will oppose him. They will eventually sentence him to die.

According to Jesus, God has permitted the world to do what the world decides to do with Jesus. Jesus will simply submit himself to the process. Death is the outcome but Jesus knows the power of God. Death does not appeal to him – he’d rather not go to the cross. But dying faithfully would be radically different than bailing to save his skin. To take power from Pilate to save himself, Jesus would deny who he is and what God is all about. Jesus calmly accepts death rather than doing that.

What we see here is a lesson in the restraint of God. To be in the image of God, human beings need to be able to freely make choices – even bad ones. And to be in the image of God, people need to see the impact of the choices that they make. The impact of human sinfulness is often death – in this case the death of Jesus. But rather than flee or bail on his identity, Jesus accepts his fate with the knowledge that when God is faithful, life wins. Even Pilate’s power is not enough to stop it. God’s restraint is more powerful than the mightiest powers in the world. It may hurt to get there, but Jesus will usher in the kingdom from a cross.