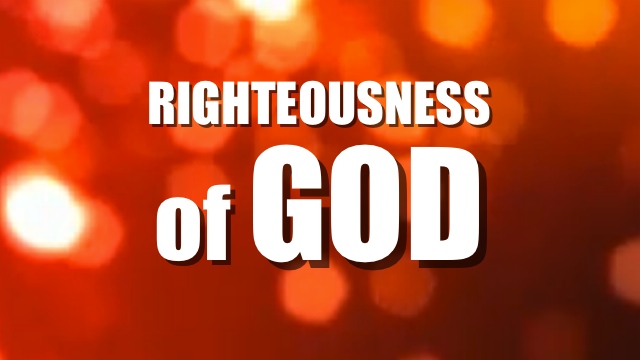 God brought Abram outside and said, “Look toward heaven and count the stars, if you are able to count them.” Then God said to him, “So shall your descendants be.” And he believed the LORD; and the LORD reckoned it to him as righteousness. (Genesis 15:5-6)

So when God takes Abram out into the dark of night and has him look up at the stars, hearing that Abram’s descendants would be as numerous as the stars must have seemed to be an amazing and unbelievable announcement. They had long ago given up on any offspring.

But the text tells us that when God said this to Abram, he believed him. As the stars were too numerous to count, so would the people who would owe their start in Abram and Sarah’s lineage. And because Abram believed God, God was pleased and declared him righteous. Note that Abram didn’t do anything except trust God. This is not earned grace – it is trusting the gift.

This lesson tells us something fundamental about all of our lives with God. Regardless of who we are and what we have done, God’s declaration of our righteousness comes to us simply and freely when we believe God’s promise to and for us. That’s because what God declares to be true, by definition IS true. God’s word is God’s bond. Believe it and you understand the most important things about life. Don’t believe it and base your life on something else, you base your life on a fiction

Ultimately, this way of working (we trust God and God proves trustworthy) is the heart of life. We see the first glimmer of this in God’s dealings with Abram. We see the ultimate expression of this in our response to God’s persistent love shown to us and for us in Jesus. When Jesus says, “I love you enough to die for you,” believing that lies at the heart of God’s righteousness in our lives as well.